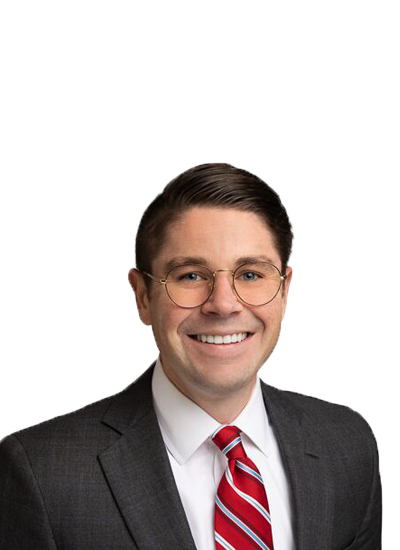 Taylor Herpin is a motivated problem solver and strong advocate for his clients. His
practice primarily focuses on commercial litigation, and he also has experience in
business formation, real estate transactions, and property tax litigation.

Mr. Herpin graduated cum laude from the LSU Paul M. Hebert Law Center in 2017.
During law school, Mr. Herpin was actively involved in LSU Law’s advocacy program
where he served on the Moot Court Executive Board and earned awards and recognition
for brief-writing and oral advocacy at the local and national levels. Mr. Herpin was a
semifinalist in the 2017 National Environmental Law Moot Court Competition in White
Plains, New York. He also received a CALI Excellence for the Future Award for earning
the highest grade in Legal Research and Writing II. Before law school, Mr. Herpin
obtained a B.S. in Finance from Louisiana State University. He was a four-year member
of the LSU Tiger Marching Band and served as the band’s Drum Major during his senior
year.

Prior to joining Cain & Skarnulis PLLC, Mr. Herpin interned for Judge Caroline E.
Baker in the 295th District Court in Houston, Texas, and also worked for the Creel Law
Group in Austin, Texas, where he gained experience in litigation, as well as real estate
and corporate transactional matters.

Although a native of Louisiana, Mr. Herpin considers Austin his home. He enjoys
running the trails, traveling, playing tennis, and hiking with his dogs, River and Brook.