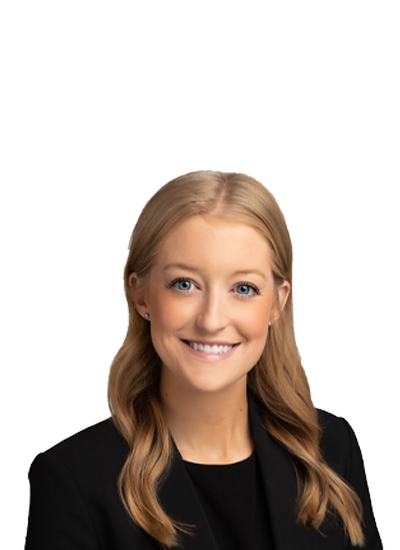 Chelsea’s practice encompasses all aspects of civil litigation.  She has experience handling a wide variety of legal claims, including contract, personal injury, employment and commercial disputes.

Chelsea graduated from the University of Texas School of Law in 2017.  During law school, she worked as an intern for the Office of the Attorney General of Texas, the Honorable Lynn N. Hughes of the United States District Court for the Southern District of Texas, and the United States Securities and Exchange Commission.  She was a staff editor for the Texas Journal on Civil Liberties and Civil Rights and a member of the Women’s Law Caucus.  She was also extensively involved in the school’s Youth Court program and was named one of UT’s “Pro Bono Superstars.”

Chelsea graduated with a degree in Economics from Texas A&M University in 2014.  Upon graduation, she was inducted into Phi Beta Kappa, a national honor society that recognizes excellence in the liberal arts and sciences.

Prior to joining Cain & Skarnulis PLLC, Chelsea practiced in New York City at Condon & Forsyth LLP, where she represented the firm’s aviation clients and their insurers in complex litigation and corporate matters in both state and federal court.

Chelsea’s practice encompasses all aspects of civil litigation. She has experience handling a wide variety of legal claims, including contract, personal injury, employment and commercial disputes.